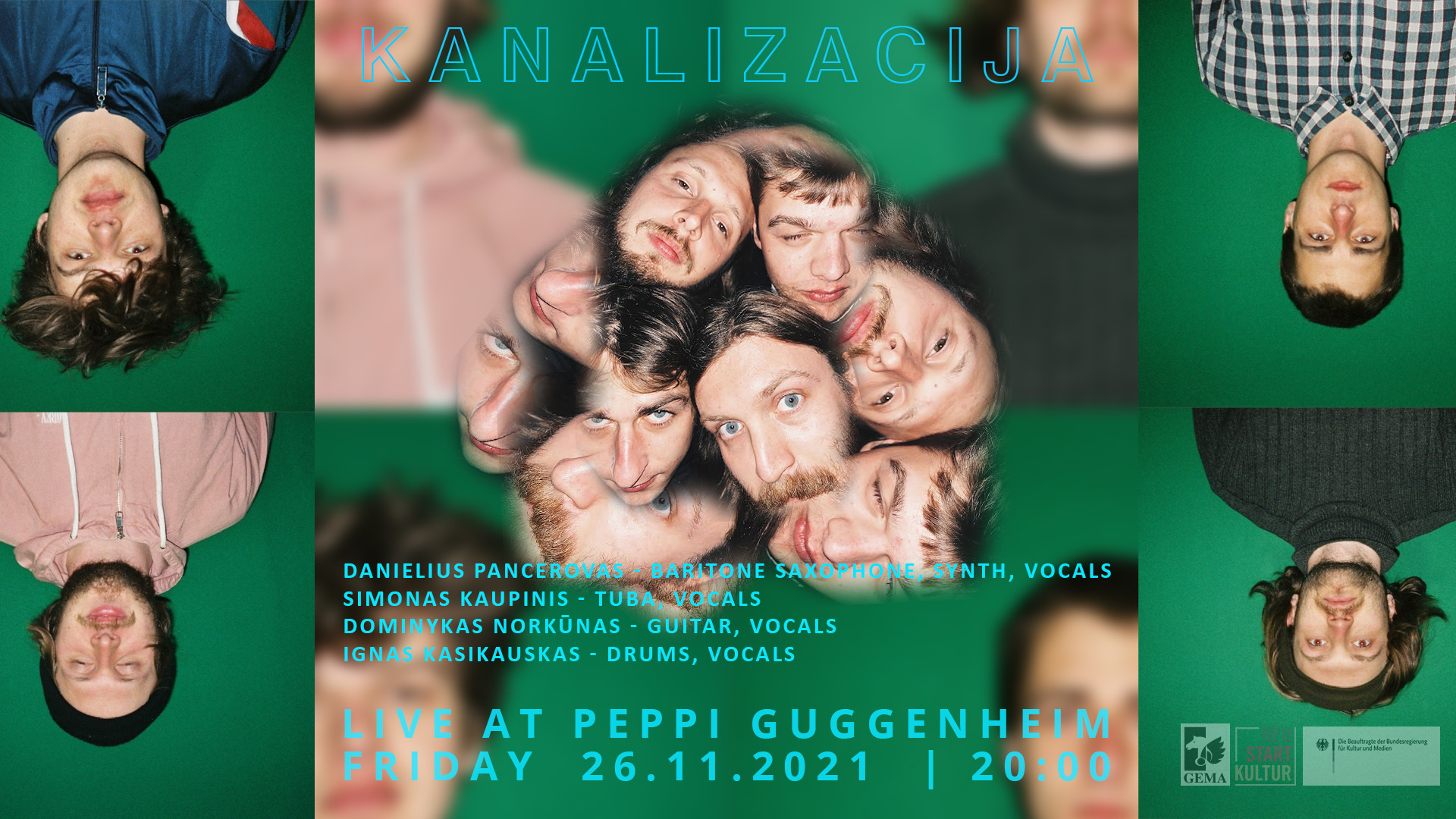 Kanalizacija is a rock band from Vilnius, Lithuania. The band was formed in 2018 by four very different individuals, who share similar musical interests. Their unique approach to instrumental music fuses angular melodies, off-standard harmonies with sophisticated yet simple sounding rhythms. The band relies mostly on expression through instruments. Although sometimes they include lyrics that encompass ideas of social critique and light-headed irony. So allow yourself to be bamboozled, cause you’re about to experience… Kanalisation.